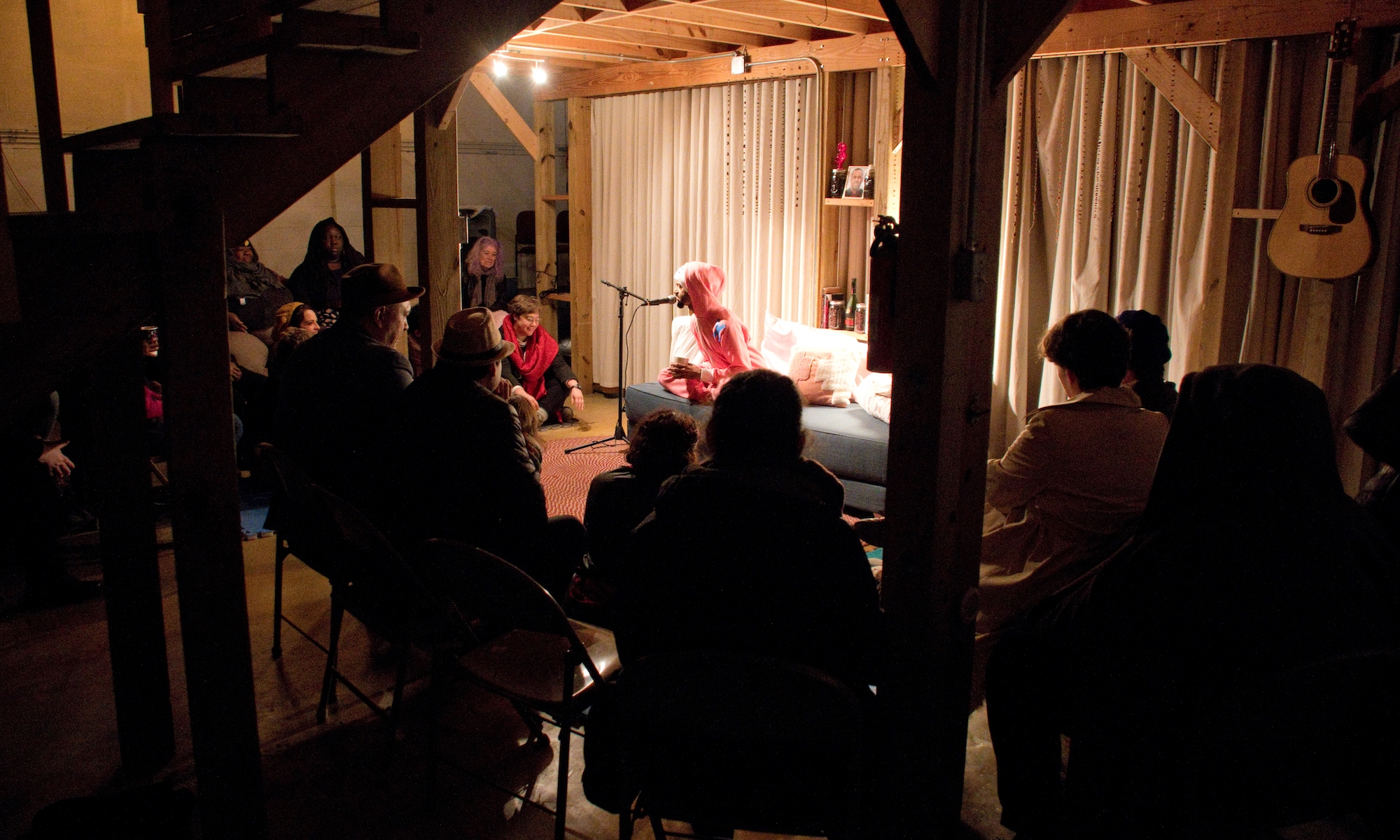 How might Black men+ undo patriarchy? Perhaps by falling apart.

A Little Tenderness is a trilogy – Solo, Duet, and Trio – that will premiere in three separate evening-length performance explorations of touch and intimacy among Black men+. Using physical and sonic vocabularies of grief, I/we will play at the intersections of race, gender, (dis)ability, and value.

This work has appeared in progress at Catapult Studios, presented by Mondo Bizzaro, and at Double Edge Theatre via an Artist Studio residency.

Note: My friend bear hebert introduced me to men+ in their Undoing Patriarchy class. Men+ is meant to be inclusive of transmen, assigned-male non-binary folks, cis-men, and anyone else benefitting from internalized patriarchal conditioning.